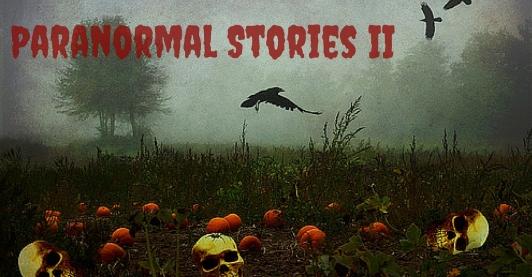 This event occurred in my late teens. One day I heard some soft, strange, music- like an old-timey music box. I searched my sisters’ room thinking a toy had fallen over, or a tv had turned on. It seemed strange that the same melody would play over and over again if it was a tv. I searched all around the first floor and stood by the stairs leading to the basement. Yes,

it was coming from downstairs. I checked all the rooms and tvs in the basement and found nothing on. Nothing that could explain the soft melody. I stood at the bottom of the stairs. No, I had been wrong. It was definitely coming from upstairs. I searched the upstairs rooms again, looking in and under things. I didn’t think we had a music box, and not one that would play for fifteen minutes straight without winding down. Nothing. I stood in the hallway and listened again. It sounded like it was coming from downstairs again! I stormed through the kitchen towards the stairs. My mom, working in the kitchen, having enough of my ransacking the house, stopped me.

“What are you looking for?”

She blinked once, tilted her head, and shook her head. I checked downstairs once more and froze at the bottom of the stairs as the music changed. Now there were harps. I flew up the stairs, went into my room, put on some headphones and loud music.

There were a couple spirits in my family home. One was less than pleasant and stuck to the downstairs. Others were less threatening. I named the ghost in my bedroom Christopher. For many years I would be shaken awake at night and feel a presence in my room. There would be nights I would wake up because someone would be sitting on the side of my bed.

You could see the indent and the blankets being tugged, but no one was there.  I don’t know why the spirit was always so eager to wake me up. Perhaps Christopher was just lonely and wanted company. 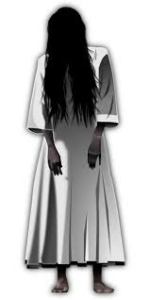 Who’s up for some hide and seek?

The Girl in My Kitchen

I was home alone during in the middle of the afternoon one day during the summer. As I turned the corner from my bedroom to the kitchen I saw a small girl, about seven or eight years old, running past the front window. The window was too high off the ground to be a child outside. Her head barely reached the bottom of the inner window frame. Her long brown hair trailed behind her as she ran through the kitchen, turned sharply, and ran down the stairs. She didn’t make a sound. I froze for a moment, then inched towards the stairs, peeking down to make sure there wasn’t a small child waiting for me at the bottom of the stairs. I checked all the doors and windows to make sure we hadn’t been broken into by an eight year old and made lunch.